Aydin district of Yenipazar since 2001, opened the Museum. Yoruk Ali Efe is the hero of the region was established to keep the Museum's Garden Tomb and statue of Yörük Ali Efe.

Creation of the Museum    Aydin Yoruk Ali Efe Yenipazar County, province of Street on 19. the thought that it was at the end of the century to Yoruk Ali Efe belongs to the home in the 1980s, a fire burned down, the fate of the building after the fire, and the garden was abandoned.

in 1995, Aydin province cultural Director Omr Kapoor visited the Allen Fight invading forces, National Cultural Commission the governorship of armed resistance to Yoruk Ali Efe leader Aydın's House has been restored and can be passed to live again as the home of the Museum and to be passed to future generations. This proposal is presented to the Ministry of Culture also Aydın governorship. on behalf of the heirs of    Yoruk Ali Efe Kayhan Kavas in case of realization of the project from the Ministry of culture received the word that has been taken in 1997 and proclaimed to the House as a museum about the use made of a protocol between the Ministry of culture and tourism and varicosities. Ownership of the Ministry of culture allocated to operations in 1999. Izmir Directorate of surveying and monuments architectural survey, again made the renovation project, and designing a registration decision on confiscation there belong to this project are İzmir No. 2 was upheld by the Board of the protection of cultural and natural Assets. According to the unit price of 1999 approximately 94 billion 1. Discovery paid restoration work, Aydın province is made of the revenue he was ordered by the Ministry, 13.12.1999 in 1999 – 2000 to have been Permanent governorship of Aydın Encümenince tender in sari. In the meantime, from an entire previously allocated to Yoruk Ali Efe House No. 7 and have been incorporated into the garden real estate parcel kamulaştırılarak, subsequently they demolished buildings and made porch garden transformed into old original.

the building devastated in the scope of the job and the whole garden is cleared. Then from the ground up starting from fidelity was prepared within the framework of the principles of building restoration and renovation project rebuilt. The garden box office, guard room, and visitors will serve a second building containing toilets realized, shelters repaired. Known as House annex building of the old almond also provides visitors with the aim to repair converted to coffee break service güdülmüştür. A part-demolished garden walls repaired, rebuilt, arrangement of the garden was completed. Yenipazar is located in the cemetery of the tomb of Deceased Yoruk Ali Efe is the resolution of the Council of Ministers with the Museum and 2000/1252 29.08.2000 Garden.

After completion of the restoration work of the house, a call to the Varities was requested to contribute to the compilation of the special items of Yörük Ali Efe and the works of the Aydın Musemesi Eser Kıymet Appreciation Commission were compiled and furnishing and hardware works were made. Ministry of Culture. Dr. The sculpture of Yörük Ali Efe, built by Tankut Öktem, was also deployed in the garden. 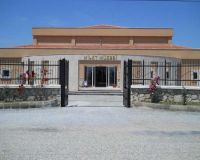 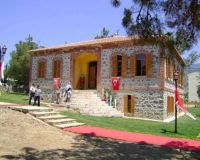 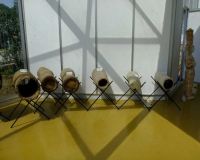 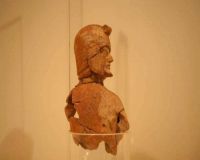 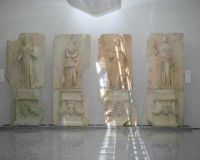 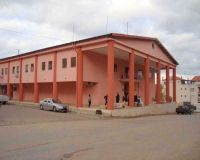